When CIO announced the long list of Chief Executive Officers to look out for in 2020, Christine Reidhead was elated to have made the list. This is not only because her own name was going to be out there, much more, but it was also because the organization she heads will gain publicity as well.

Christine’s organization – AfrikRising is a non-profit that is involved in helping children and adults alike on the African continent to reach the peak of their potential. For over a year, the Non Profit Organization has catered to a lot of African youths and children and intend on doing more. 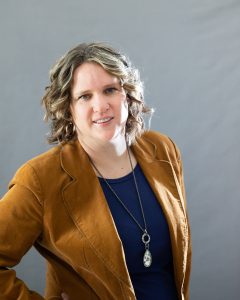 Inducting Christine Reidhead and the AfrikRising organization into the CIO Hall of Fame of CEO’s and Organizations to look out for in 2020 was the highlight of the night for both the organization and the Executive Officer in charge, Christine.

The CIO Hall of Fame was created in 1997 to spotlight 12 outstanding IT leaders who had significantly contributed to and profoundly influenced the world. Ten years later, in 2007, CIO inducted its second class of honourees into the CIO Hall of Fame during CIO magazine’s 20th-anniversary celebration. CIO continues to showcase this elite group of CIOs – now numbering over 151– during the CIO Hall of Fame induction ceremony.

While receiving the honor of being picked as one of the 10 CEOs to watch out for in the year 2020, Christine, who is an Assistant Professor of Business and Program Manager for the Department of Transportation Grant was full of gratitude and expressed hope that the Nonprofit which she heads will take a leaf from this honorary mention and award to do even more.

Christine who draws inspiration from her upbringing and subsequently raising two boys has always been driven by the mother Theresa narrative, “If we have been fortunate to get so much out of life, it is only proper that we give back.” For her AfrikRising and her continued trips to Mexico represents her way of giving back to a world where she has moved from an unknown background to unprecedented heights.

Within the year, the organization she heads, AfrikRising, has made plans to start a trade school in Nigeria, a West African country and the most populous country in Africa. It is hoped that this trade school will help with the ripple effect of increasing economic viability for its graduates and subsequently reducing unemployment while boosting the standard of living.

For someone who has had to work hard and fight to get to where she is, the evening ended on a beautiful note for Christine. Beyond herself, it was also a recognition that touched base with her project Child – AfrikRising.

The Urgent Caveat Loan – Your Savior In Times Of Need

Callable Bonds and Their Qualities for Investors

THE IMPORTANCE OF CONFIDENT INVESTING

Easy Ways to Check SWIFT Codes for a Safe Transaction

Want to Sell Gold or Any Other Jewelry? Read Below!

The Urgent Caveat Loan – Your Savior...

Callable Bonds and Their Qualities for Investors

THE IMPORTANCE OF CONFIDENT INVESTING

Want to Sell Gold or Any Other...

Reasons Your Money Is Better Off With...

DO DEBT FUNDS STILL HAVE A PLACE...